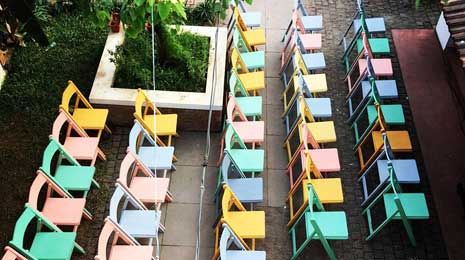 Entertainment, information and awareness under one roof - embodies the existence of Design Ashram. With an incredibly designed space created by adapting a 100-year-old residence and re-envisioning it as a community space with due reverence given to its heritage value - an efficient team of organizers make sure the events under The Peepal at Design Ashram never fail to grab attention.

Design Ashram aims to be a community space for like-minded people to gather, connect, discuss and debate over topics of relevance and fun-first of its kind in Calicut. It takes enterprising efforts to bring people from various fields closer, on a nurturing platform, striving to reinforce an interdependent and sustainable society.

Often, great talents and brilliant thoughts and action stay under the covers due to the scarcity in showcasing platforms available for their skills. The concept intends to bring new talents, prime and selfless intentions and unique living tales into the public, and help them attain the aim and fame they truly deserve.

The success of the space lies within the tribe behind it, performing their roles with zest and enthusiasm, as well as the community participation that has paved way to new milestones for Design Ashram. Founded by Architect Brijesh Shaijal and Urban Planner Nimisha Hakkim, the concept works under the brains and hands of a team of architects curated by Ar. Sherin Khadeeja and Ar. Mazin Yahya, the major spine.

After being one of the official partners for the Kerala Literature Festival 2019 and hosting a variety of events and exhibitions, Design Ashram is here to stay and make its mark in the growth of Calicut in the intellectual, artistic and cultural arena.

The beautiful courtyard under the Peepal symbolizes peace and induces a sense of belongingness to the visitors. The intimate feel of the space adds to the informal nature of the events held under the Peepal. This point of focus is flanked by The Art Room - an art gallery whose flexibility accommodates exhibitions and workshops, co-working space and much more.

The library with around 220 books here, all donated by selfless minds and The Pod - a backpacker’s hostel to accommodate 12 persons - adds to the essence of Design Ashram and gives a boost to design, art, culture and literature in Calicut. The idea evolved as a result of the very valuable experiences of the founder Ar. Brijesh, an avid traveler and keen observer, religiously passionate about going around the world, imbibing different cultures and traditions. From being with them at service for feeling and tasting Calicut to taking them around the heritage, foreign guests are more than pleased to be a part of the whole system.

From workshops to public events, new concepts to positively reinforce talents in and around Calicut has been the prime anchor for the vision of Design Ashram. Beginning with major discussions and meetings held at Design Ashram as part of different ventures like “Mohabbathinte Kozhikkode”-a walk along the streets of Calicut immersed in the beautiful culture and vibrant aura of Calicut- Design Ashram has also conceived regularly happening events like The Book Swap for literature enthusiasts and Film Scope for the movie buffs for the first time in Calicut.

One above the other, the support and appreciation Design Ashram has received has been tremendous over the past seven months leading to the introduction of 'Open-mic Wednesdays' which serves both as a hangout for the community-offering a much needed break in between a the tight schedules of a tedious week- as well as a platform that introduces talented musicians, enthralling performers, budding poets and story-tellers. Regardless of religion, race and caste, people shake hands here under The Peepal towards a better interdependent community.

The growth of Design Ashram as a community hub has been organic and consistent - from a mere concept designed by its curators to being granted official partnership at the Kerala Literature Festival 2019 held at Calicut beach and the Kite Festival to be held by the H2O organization. It became an active venue for talks and exhibitions, attracting people in swarms, curious to know about the space, thus creating new directions to the hospitality and culture Calicut is well-known for.

We intend to grow, and take Calicut with us as we do!

New concepts are underway, proposals to change the way we live. Wild Beans, an organic market initiative, aiming at a healthier Calicut is coming soon.

Promoting crafts and traditional arts has always been our forte since day one, and the 'Potters Pop-up' strives to bring talented clay potters to the limelight 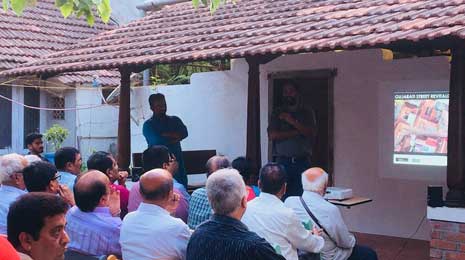 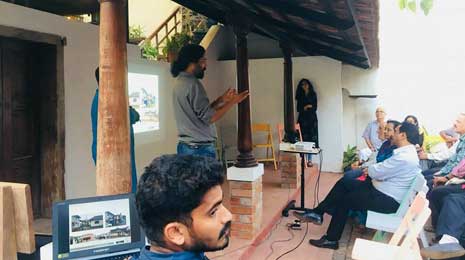 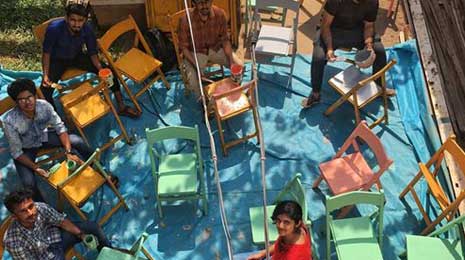